What is a VPN? Should I use a VPN?

As more people have been working from home this past year, the government relaxed regulations allowing usage of VPNs (Virtual Private Networks) that are not provisioned by telecom companies. That’s probably one of the reasons why VPN usage has shot up in India in the past year.

But what exactly does a VPN do?

Basically, a VPN does two things - bypasses geo-restrictions and masks your browsing activity from your ISP. In this post, I’ll be talking about the latter.

Does my internet speed change when using a VPN?

There will definitely be some decrease in speed over a VPN as compared to a direct connection through your ISP, because of the extra hops and encryption/decryption involved. However, when browsing low to moderate bandwidth websites on a fast VPN, on a fast internet connection, the speed difference should be barely noticeable. Of course, if you’re trying to stream 4K video, you would probably notice the difference. To get an estimate of the difference in speed, check your internet speed on www.speedcheck.org while connected directly through your ISP and then check again with the VPN enabled. Here are my results, direct to ISP (left) and with VPN enabled (right).

How does a VPN work? 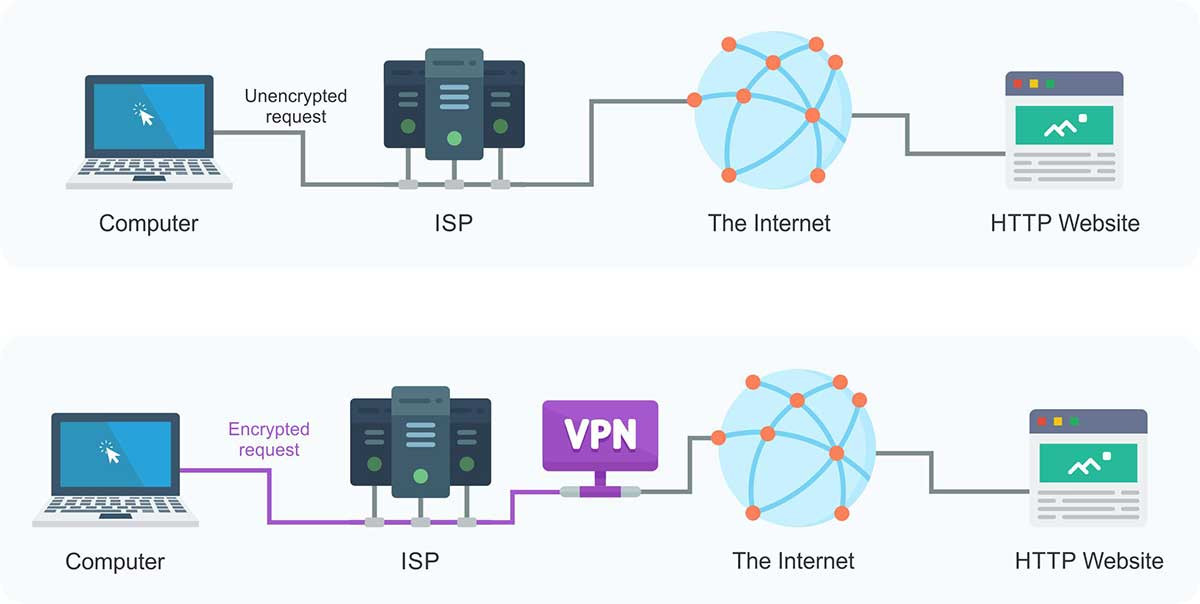 The issue with using a VPN

You shift your trust from your ISP to your VPN provider. Therefore, it’s important to choose a reputed VPN. I wouldn’t trust any free VPN. If you’re not paying in cash, you’re paying with your data - most likely your activity is being logged. A good VPN doesn’t log browsing activity.

What are my options?

There are a bunch of options to choose from. The most popular is probably ExpressVPN - it's fast, easy to use and has a wide range of server across the world. However, it isn’t exactly cheap - at least not for India. At the time of writing this post, it costs between USD 12.95 (monthly) and USD 8.32/month (annually).

If you need some basic encryption and anonymity, but you don’t require super high speeds and you are not a super secret spy, I would recommend checking the deals section on The Next Web. They often have deals on other reputed VPNs like NordVPN, SurfShark and VPN-Secure.

When do you use a VPN?

If you’re connecting to any public WiFi hotspot, like at a coffee shop or an airport, please use a VPN. Other users can snoop on your browsing activity fairly easily, using techniques like Wi-Fi Eavesdropping and Packet Sniffing. It is especially important to use a VPN for sensitive tasks like banking and social media, when connected to any public internet.

The other reason I use a VPN is to stop BSNL from hijacking traffic and injecting advertisements. They have been doing this for at least 6 years (if not longer). I had the same issue with my old BSNL ADSL connection and now, on my BSNL Fiber connection. A quick Google search for “bsnl ad injection” shows 6,86,000 results. Anyway, this is a topic for a separate post. I’ll leave you with a screenshot of some results on the first page. If you have any questions, feel free to leave a comment below. 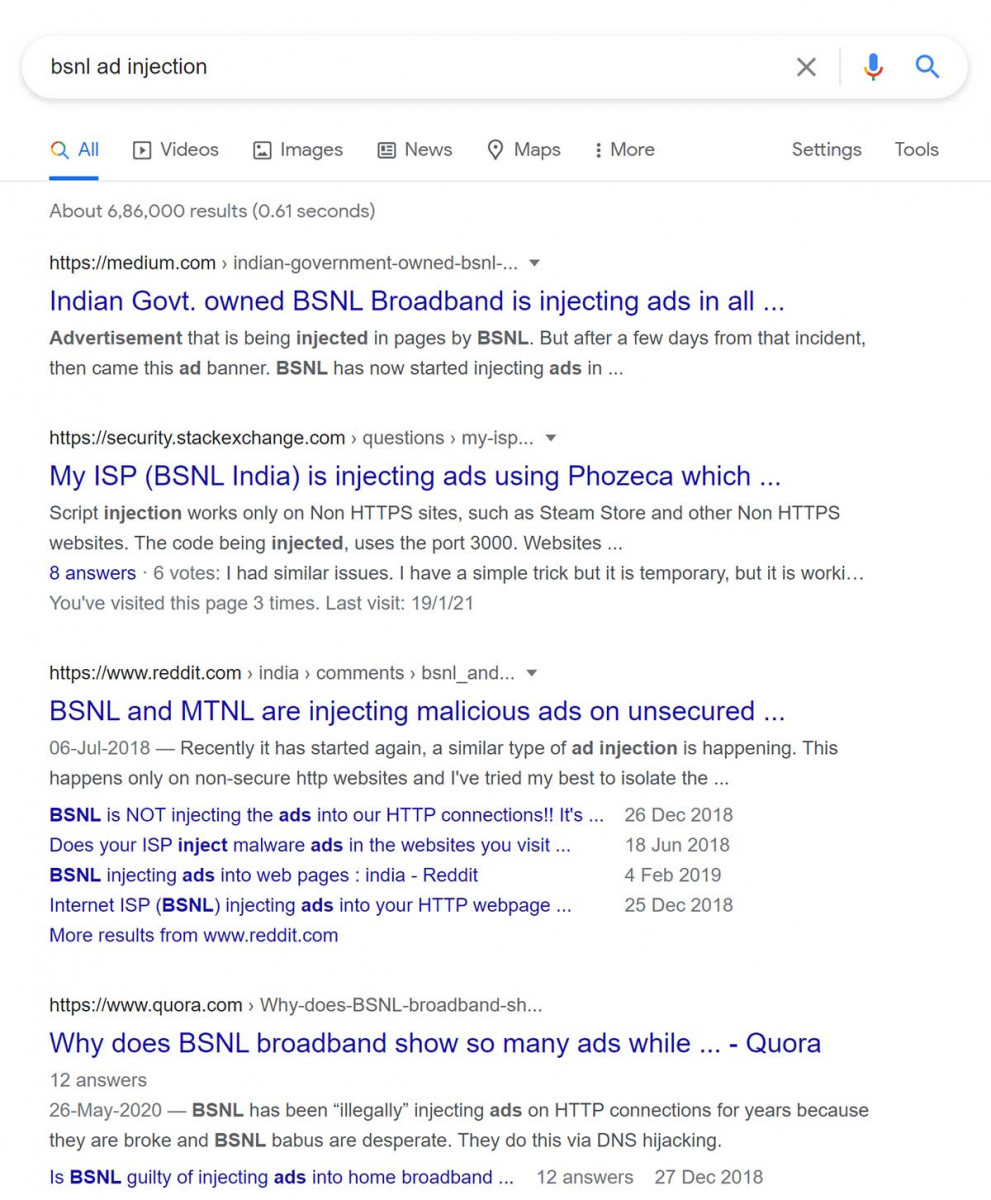